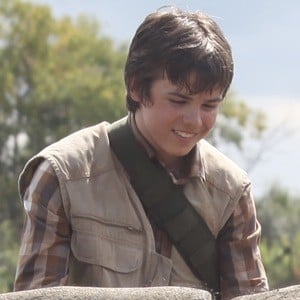 Series regular on the show Best.Worst.Weekend.Ever. in the role of Zed Novak who had previously been featured in films called High-Rise Rescue, An Elephant's Journey, Adventure Club and Odd Squad: The Movie.

He signed with AMTI after one year of classes at The Ottawa Children's Theatre.

He was a drama student at the renowned Arts Program at Ottawa's Canterbury High School. He has done national commercials and acted on stage in Jason Collett's Basement Revue at the National Arts Centre in Ottawa, Canada.

He is a Canadian actor.

He stars in Best.Worst.Weekend.Ever. alongside Brianna Reed.

Sam Ashe Arnold Is A Member Of

Odd Squad: The Movie
Are You Afraid of the Dark?
Best.Worst.Weekend.Ever.
18 Year Olds