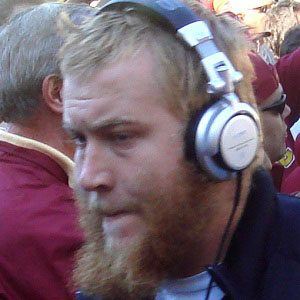 NFL offensive tackle who was selected 21st overall by the Atlanta Falcons in the 2008 NFL Draft.

He was selected to play in the U.S. Army All-American Bowl his senior year of high school.

He was a three-time All-American from 2005 to 2007, while playing for the University of Southern California.

He married his college girlfriend Antoinette in 2008.

He and quarterback Matt Ryan were both drafted by the Falcons in 2008.

Sam Baker Is A Member Of