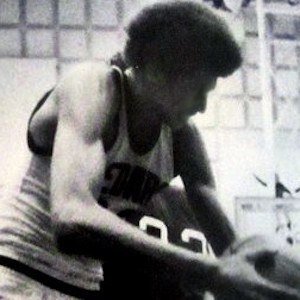 NBA center who played for the Portland Trail Blazers, the New Jersey Nets, and the Los Angeles Lakers. He is best known as being one of the league's biggest busts, drafted a pick ahead of the great Michael Jordan in 1984.

He played his college career at the University of Kentucky.

He was granted a spot on the NBA All-Rookie First Team in 1985, after a successful debut season with the Portland Trail Blazers.

He grew up in Lebanon, Pennsylvania, where he led his high school's basketball team to the state championship.

He and Jeff Turner both played for the New Jersey Nets during the late 1980s.

Sam Bowie Is A Member Of