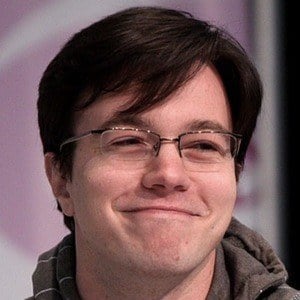 Animator and voice actor who became best known for providing the voices of Benson, Pops and Muscle Man in Regular Show.

He was a Character Animation major at California Institute of the Arts. He began working at Dreamworks in 2011 after previously working at Disney and Pixar.

He used to do voice acting on a show called The Marvelous Misadventures of Flapjack and has been a guest voice on Adventure Time.

He moved from Rochester, Michigan to California in 2002 to attend Cal Arts.

He attended the California Institute of the Arts with J.G. Quintel, creator of Regular Show.

Sam Marin Is A Member Of