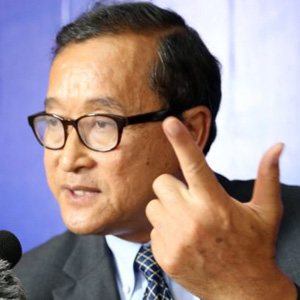 He lived in France and worked as an investment manager.

He went into self-imposed exile after accusing the Cambodian People's Party of the joint Vietnamese-Cambodian government of corruption.

He married a fellow member of Parliament and they had three children.

Sam Rainsy Is A Member Of