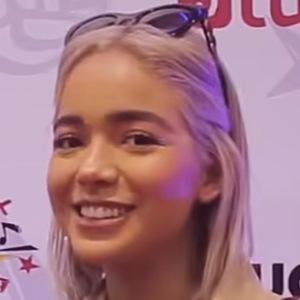 Social media personality who first found a following on YouTube and Instagram, then went on to amass more than 3.3 million fans TikTok for her lip syncs and comedic POVs. Also an actress, she's had small roles in the telenovelas 3 Familias and Sharon la Hechicera.

She attended the Latin Grammys, Kids' Choice Awards Mexico and MTV MIAW in 2019. She has done brand advertisements for Converse and Tommy Hilfiger and posts comedy skits on the account as well.

She is from Guayaquil, Ecuador. She has an older sister named Belén.

In March 2020, she did a dance TikTok with fellow influencers JeanCarlo León, Marina Yers and Ralf Morales.

Samara Montero Is A Member Of