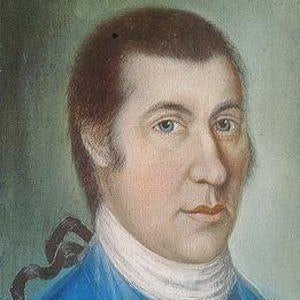 Architect and artisan who designed many of the homes in the historical district of Salem, Massachusetts. Foremost example of Federal style architecture.

He was commissioned in 1780 by millionaire Elias Hasket Derby to build or remodel several Salem houses. His successful completion of this assignment elevated his reputation as an architect to the Massachusetts elite.

He was born and raised in Salem, Massachusetts, and spent much of his adult life in the town. In 1778 he married Elizabeth Field, with whom he had one son.

Samuel McIntire Is A Member Of