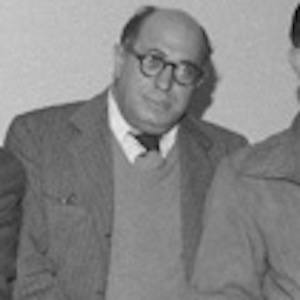 Screenwriter and novelist who became blacklisted as a member of the "Hollywood Ten" during the era of McCarthyism. He wrote the screenplays for films like 1934's Imitation of Life and wrote best-selling novels like 1951's Bride of the Sabbath.

He was born in New York City and worked as a social worker for the New York Prison Association after graduating from high school.

In 1933, he became one of the founding fathers of the Screen Writers Guild.

He was married to a woman named Sadie and had sons named Arthur and Don.

He and fellow screenwriter Alvah Bessie were both members of the so-called "Hollywood Ten."

Samuel Ornitz Is A Member Of