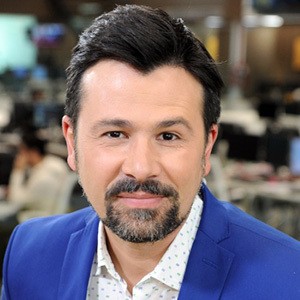 Journalist and Argentine television host whose had a storied career in media. He's worked as a newspaper and magazine editor, television reporter, host and even as a professor.

Santiago Rego Is A Member Of