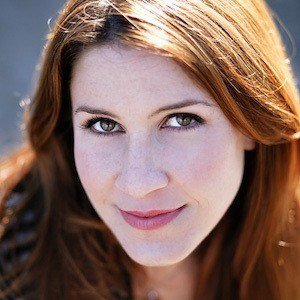 Executive producer of video at TechCrunch since January of 2015 who began writing TechCrunch's daily video show Crunch Report. She had previously joined TWiT in June of 2010 as a producer, host and editor for shows such as iPad Today, Tech News Tonight, iFive for the iPhone, and The Social Hour.

She became the first female co-host of the network G4 when she began hosting the live variety hour called Attack of the Show! in 2004.

She was born in Santa Cruz, and has worked up and down the state of California. She was married to Brendan Moran from 2006 until 2008.

She and Blair Butler have both hosted Attack of the Show!

Sarah Lane Is A Member Of