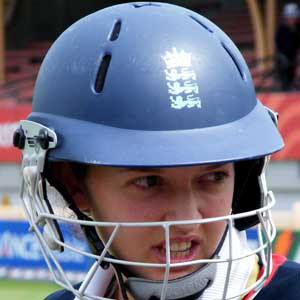 English wicketkeeper-batsman known for her free flowing stroke play who debuted for her country's national cricket team in 2006.

She played for the Brighton College boys cricket team, which caused some controversy at the time.

He grew up with her family in London, England.

Graham Thorpe is her cricket idol.

Sarah Taylor Is A Member Of