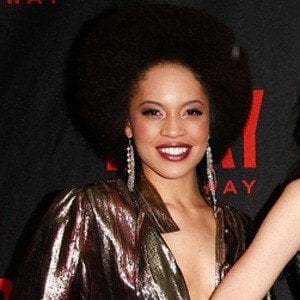 American stage actress who rose to fame as an understudy for the roles of both Peggy Schuyler and Maria Reynolds in the hit Broadway musical Hamilton. She is also recognized for having performed in the 2013 production of Motown the Musical.

She made her professional stage debut as a swing replacement in 2009's Memphis.

She is originally from Macon, Georgia.

In June 2016 she posted a photo with fellow stage actor Ephraim Sykes to her eponymous Instagram account.

Sasha Hutchings Is A Member Of