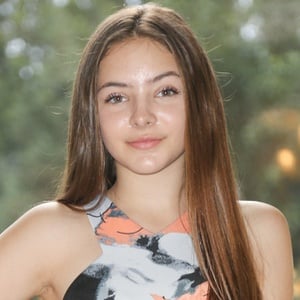 American actress who rose to fame with roles on popular series like Justified, Private Practice and 100 Things to Do Before High School. She has also appeared in films like 2013's The Wrong Woman and 2014's By God's Grace.

She made her acting debut in the 2008 short film Return to Sender.

She received a Young Artist Award for her performance in The Wrong Woman.

She co-starred with Roark Critchlow in By God's Grace.

Savannah McReynolds Is A Member Of