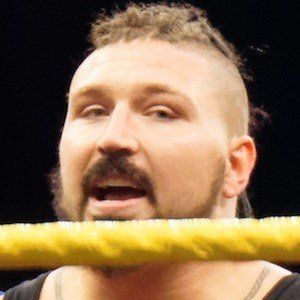 Professional wrestler who signed with the WWE in 2012. He was assigned to the NXT, where he became a regular tag-team partner with Angelo Dawkins.

He competed in Greco-Roman wrestling in college, where he was a two-time All American.

He started his professional wrestling career with Mid-Ohio Wrestling in 2010 under the name Jake South.

His real name is Jacob Southwick. He grew up in Toledo, Ohio.

Sawyer Fulton Is A Member Of