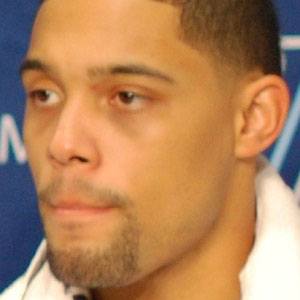 Decorated collegiate player for Villanova University who earned Big East Rookie of the Year honors in 2007 and was named a Consensus First-Team All-American in 2010.

He was a McDonald's All-American for the Herndon Hornets in Virginia. He was initially going to play his college ball at the University of Oklahoma but a coaching change released him of his letter of intent.

He has played professionally in Europe, the Philippines, and Turkey.

He was born in Huntsville, Alabama.

He was recruited by Villanova head coach Jay Wright to play for the Wildcats.

Scottie Reynolds Is A Member Of