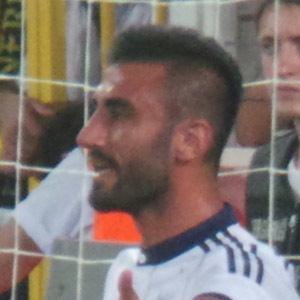 Turkish professional soccer midfielder who left Gençlerbirliği S.K. to join Göztepe in 2017. He became part of the Turkey Under 21 squad in 2001 and started competing for the Turkey national team in 2003.

He began his senior pro career playing for Hatayspor in 1999.

He wished his wife Happy Birthday on Instagram in July 2018.

He was teammates with Adama Traore on Göztepe S.K.

Selcuk Sahin Is A Member Of