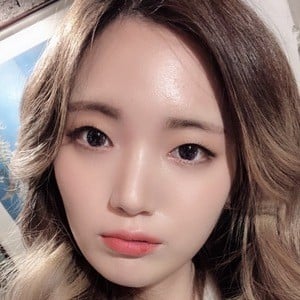 Drummer for the FNC Entertainment girl group AOA. She is primarily known as a member of the sub-unit AOA Black which released the debut album Moya in 2013.

She was first interested in acting and, while attending music school, one of her instructors was a producer for FNC and recommended she join AOA.

Outside of working with AOA, she is also a drummer for the group Sponge Band and performs with them under the pseudonym On Ga.

She was joined in the AOA sub-unit Black by Jimin, Choa, Mina, and Yuna.

Seo Youkyung Is A Member Of