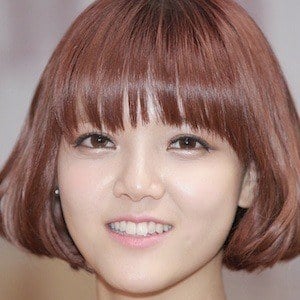 Singer and rapper best known as the former leader and main rapper of the K-pop girl group AOA. In 2015, she also launched her solo career and has appeared on numerous reality and variety shows.

While studying Chinese abroad, she attended a practical music school and learned to play the guitar, harmonica, and piano.

In 2015, she competed on the rap contest Unpretty Rapstar where she became a semi-finalist.

She was born in Seoul, South Korea but spent two years of her childhood studying abroad.

Shin Ji-min Is A Member Of