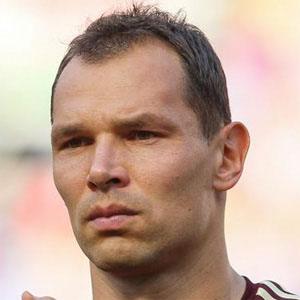 Center back who joined CSKA Moscow in 2004 after spending two years with Lokomotiv Moscow. He began his long tenure with the Russian national team in 2002.

He debuted professionally for Spartak Orekhovo in 1998.

He scored his first international goal on June 7, 2003 in 2004 UEFA Euro Qualifier against Switzerland.

He and defender Vasili Berezutski became longtime teammates on the Russian national team.

Sergei Ignashevich Is A Member Of