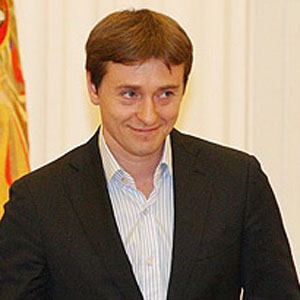 He graduated from Moscow Art Theatre and made his debut in the 1994 film, Nocturne for Drum and Motorcycle.

He played the lead character, Chichikov, in the stage play, Dead Souls, which was adapted from the novel of the same name by Nikolai Gogol.

He married actress Irina Livanova. His father, Vitali Bezrukov, was also an actor.

He played iconic poet Alexander Pushkin in the 2006 film, Pushkin: The Last Duel.

Sergey Bezrukov Is A Member Of