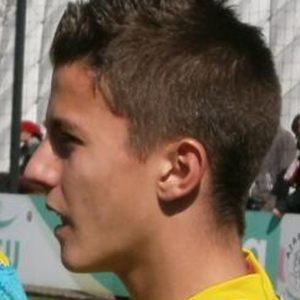 Professional footballer known for playing on the club FC Barcelona B as a right back. He is also known for winning the UEFA Youth League in the 2013 season with Barcelona. He shares both photos of his playing and ones from his life to Instagram and his over 50,000 followers as well.

He first started playing football for his hometown club CF Badalona when he was just 8 years old. He then went through FC Barcelona's youth system La Masia in 2006. He then began his senior career for the Barcelona B club in 2015.

He was named the Barcelona B Team's Captain in August of 2016.

He was born and raised in Badalona, Spain.

Other plays known for their work on the Barcelona B team include Alejandro Grimaldo, Thiago Motta, and Marc Bartra.

Sergi Palencia Is A Member Of