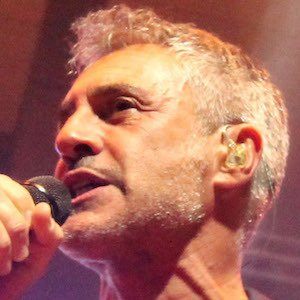 Multi-platinum Spanish singer whose popularity was epitomized by a string of five straight number one albums from 2008 to 2013. His most successful albums were Via Dalma and Via Dalma II, which combined to go 10-times platinum.

After winning the TV show Gent d'aqui, he released his debut album in 1989. The album charted in many Spanish-speaking countries and eventually went platinum.

After the release of his second album, he was chosen to represent his country at the 1991 Eurovision Song Contest. Carola Haggkvist of Sweden won the competition.

Over the course of his career, he's performed with artists like Daniela Romo.

Sergio Dalma Is A Member Of