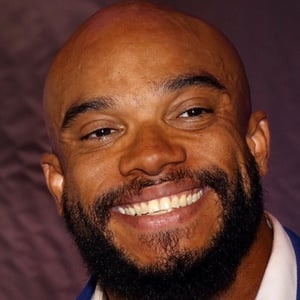 Professional bodybuilder for the International Federation of Bodybuilding. He is also an athlete for Sinister Labs' Angry Mills and Pro Tan. He is the Vice President of the clothing company Victory.

Both his father Sergio Oliva and his mother Arleen Garrett were professional bodybuilders. They provided inspiration which led him to pursue his own career as a bodybuilder. Born and raised in Chicago, he began training in 2004 at the age of 20.

He has a strong social media presence with over 480,000 followers on Instagram. He is also the 2017 IFBB New York Pro Champion.

He is the son of famous bodybuilders Sergio Oliva and Arleen Garrett. He married Brooke Oliva.

He is a part of the Pro Tan team which features other famous bodybuilders and athletes such as Dexter Jackson, Janet Layug, Ryan Terry, and Cody Montgomery.

Sergio Oliva Jr. Is A Member Of