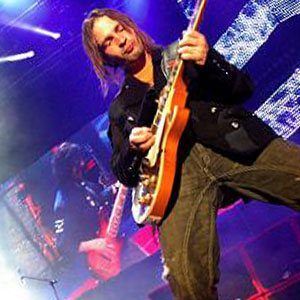 Lead guitarist of the Mexican rock band Maná who has also worked as a composer.

He started teaching other children how to play guitar when he was thirteen.

He appeared in the series Zero Hour.

He formed the band Wando with his siblings Rocio and Fernando. He has a daughter named Karla Vallín who is also a musician.

He and Alex Gonzalez were both in the band Mana together.

Sergio Vallín Is A Member Of