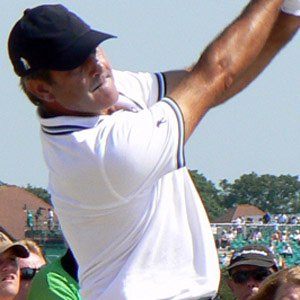 Golf legend from Spain who won five championships and inspired a generation of golfers from both sides of the Atlantic.

His flamboyant style only made his tournament victories in Europe and the U.S. more memorable.

One of his most creative shots didn't come on the course, but on a parking lot where one of his balls landed; he still managed to turn it into a birdie.

He fathered three children with his wife, Carmen, before they divorced in 2004.

At the time of his death, only Tom Watson had more than his three British Open victories.

Seve Ballesteros Is A Member Of