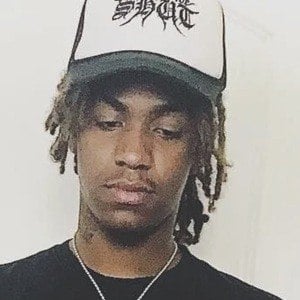 Underground Chicago rapper and founder of Smut Gang. He's best known for hits such as "Street Life," "U Against Us," and "Community."

He started releasing music under the stage name SG Batman in January 2016.

His cousin Money Making Meechie was also a rapper who was fatally shot and skilled in July 2016.

He was born and raised in Chicago, Illinois. He had a son.

He and Chicago based rapper Lud Foe have collaborated together on the song "On Him."

SG Batman Is A Member Of