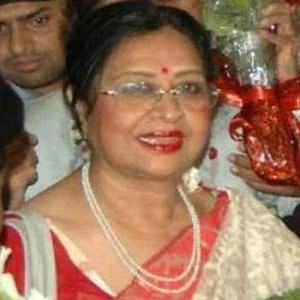 One of the most popular Bollywood actresses of the '60s and '70s who retained fame throughout Bangladesh and Pakistan.

She had her first acting role in the 1958 Bengali film Rajdhanir Bukey.

Shabnam Is A Member Of