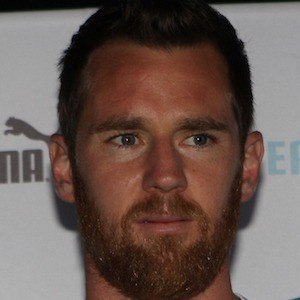 Striker known for being one of the best scorers in A-League history. He spent time early in his career playing for lower-division English clubs before returning to Australia.

After moving to Australia when he was six, he played at the Queensland University of Sport and made his professional debut in 1999.

Although born in Germany and raised in Australia, his parents had New Zealand citizenship. He became a dual-citizen (Aus. and NZ) when he was 23 and has since been capped more than four dozen time for the All Whites, New Zealand's national team.

He has two children, Bonnie and Scarlett, with his wife Nikki.

He and Archie Thompson are two of the best goal scorers in the A-League's history.

Shane Smeltz Is A Member Of