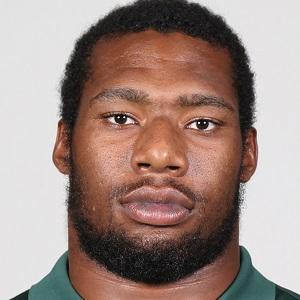 Standing at 6'9", he is a defensive end for the Baylor Bears with unique size for the position. An image of him went viral on social media because of his size and large build.

He played football and basketball at Penn Wood High School in Lansdowne, Pennsylvania.

He committed to play football at Penn State University in 2010 and was redshirted in 2011. He was then dismissed from PSU after violating team rules, resulting in a transfer to Baylor in 2012.

He played on the same Baylor Bears squad as Bryce Petty.

Shawn Oakman Is A Member Of