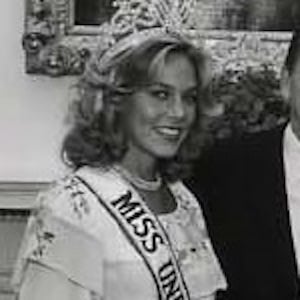 Beauty pageant competitor who was named Miss Universe in 1980 and later became an actress.

She was crowned Miss South Carolina 1980 and became the first contestant from the state to win Miss USA.

She also appeared as Jill Riley on Baywatch.

She had two children, Jack and Jessie, with her husband Chip Harris.

She had a supporting role in Police Academy 3: Back in Training, which starred Steve Guttenberg.

Shawn Weatherly Is A Member Of