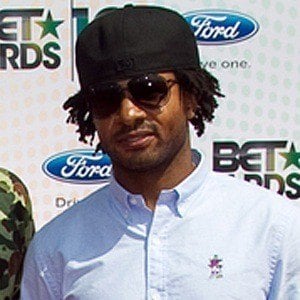 Rapper and singer most famous for being one third of the influential funk rock band N.E.R.D. He is also known for his collaborations with artists like Christian Rich and Mansions on the Moon.

He was childhood friends with the other members of N.E.R.D. while growing up in Virginia Beach, Virginia.

He wrote several songs for the 2015 movie The SpongeBob Movie: Sponge Out of Water, including "Squeeze Me," "Patrick Star," and "Sandy Squirrel."

His real name is Sheldon Haley. He married Jackie Garcia, niece of actor Andy Garcia, in 2010.

He has been bandmates with Pharrell Williams and Chad Hugo in N.E.R.D.

Shay Haley Is A Member Of