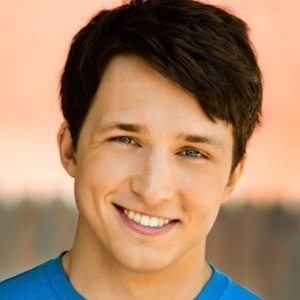 Best known for his roles as Matt Bradley in the series The Goldbergs and as Shayne Zabo in the series So Random! He has also been seen in TV series such as Henry Danger, Sam & Cat, Switched at Birth and iCarly.

He first appeared on screen as early as 2006 in the comedy film Moonpie.

He is a video content creator on the web. He has been a member of the popular YouTube group Smosh and he had a personal Vine channel that earned over 50,000 followers before the app was discontinued.

He was born in Los Angeles, California. He has two brothers.

He starred alongside Doug Brochu in So Random!

Shayne Topp Is A Member Of

Smosh
The Goldbergs
So Random!
Moonpie