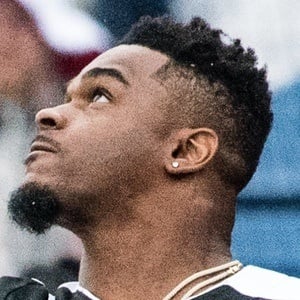 Wide receiver who made his NFL debut with the Philadelphia Eagles after being selected in the fifth round of the 2017 NFL Draft. He won Super Bowl LII with the Eagles in his rookie year.

He played college football at West Virginia University, where he finished his career with 1,898 yards and 17 touchdowns.

His parents are Shalett and Shelton Gibson. He has four siblings.

Shelton Gibson Is A Member Of