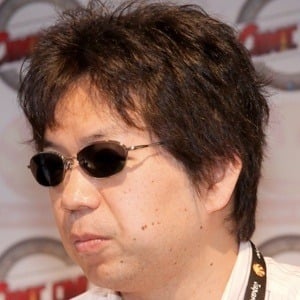 In 1994, he made his directorial debut with the anime Macross Plus.

He is known for the mixing of genres and music styles in his work. Cowboy Bebop fused anime with noir and jazz. Samurai Champloo mixed beat-heavy music with anime.

He was born in Kyoto, the former imperial capital of Japan.

Shinichiro Watanabe Is A Member Of