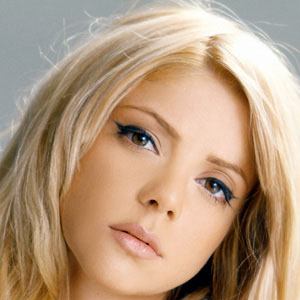 Israeli singer and actress who was the runner-up on the Israeli reality competition show Kokhav Nolad.

She sang with the Israeli Air Force music group while in the Israel Defense Forces.

She appeared in a music video for the band Teapacks in 2001.

She grew up in Kiryat Haim, born to a Tunisian and Greek father and a Moroccan mother, both of whom were Jewish refugees.

She was up for an award as Europe's Favourite Act and finished in third place behind fellow singer, Leona Lewis.

Shiri Maimon Is A Member Of