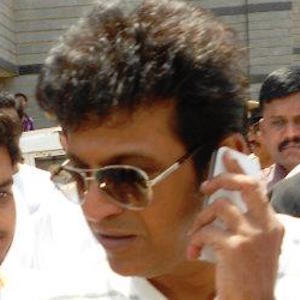 Indian actor and producer who acted in Kannada film blockbusters. His credits include the 2005 film, Jogi, the 2013 film, Bhajarangi, and the 1995 film, Om.

In 1983, he graduated from Madras University.

In 1996, he won the Kannada Filmfare Award for Best Actor for playing Manoj in Nammora Mandara Hoove.

He had two daughters named Niveditha and Nirupama with wife Geetha.

Shivarajkumar Is A Member Of