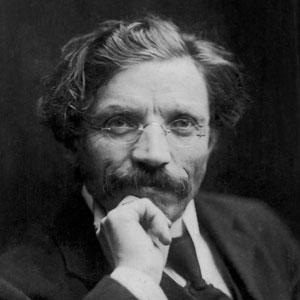 Jewish writer whose stories about Tevye the Dairyman inspired the musical, Fiddler on the Roof. His actual name was Sholem Naumovich Rabinovich; he was known throughout his career by his pen name of Sholem Aleichem.

He wrote a Jewish-themed variation on Robinson Crusoe when he was fifteen years old. In 1905, he moved to New York City, his family facing the threat of pogroms in Russia.

His literary work inspired the Broadway musical, Fiddler on the Roof, which was the first commercially successful English-language stage production about Jewish life.

He was born into a Jewish Hasidic family in central Ukraine (then part of the Russian Empire). In 1883, he married his pupil, Olga Loev, without her father's consent. The couple went on to have six children.

Zero Mostel became a famous Broadway star after playing the leading role of Tevye in the Fiddler on the Roof.

Sholem Aleichem Is A Member Of