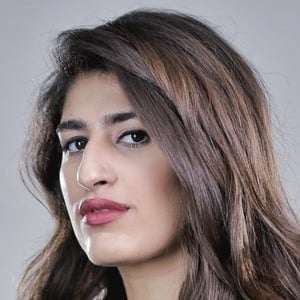 Indian model, actress, and YouTube star who is known for her channel where she gives classes on both acting and personal development and stars in several original YouTube series'. She is best recognized for having also starred in the 2018 film Namaste England.

She started her career as a YouTuber after she completed an internship with TVF Qtiyapa. She then went on to co-found the YouTube channel The Timeliners. She started gaining attention when she starred as Saumya in the YouTube series The Aam Aadmi Family.

She is also known for her Instagram presence and has earned over 290,000 followers by sharing behind the scenes shots from her videos as well as a wide range of travel based content.

She was born and raised in New Delhi. She has a brother and a sister and is known for dating DJ Kunal Sethi.

She starred alongside Arjun Kapoor and Parineeti Chopra in the 2018 feature film Namaste England.

Shreya Mehta Is A Member Of