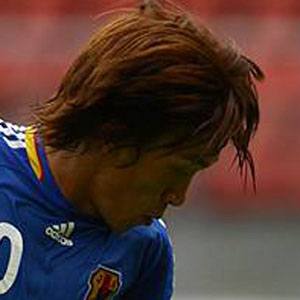 Attacking midfielder who played internationally for Japan from 2000-2010 and played professionally in Scotland for Celtic from 2005-2009.

He was nominated for the Ballon d'Or in 2007, an annual award given to the best soccer soccer player in Europe.

He grew up in Yokohama, Japan.

Winger and striker Georgios Samaras was his teammate on Celtic from 2008-2009.

Shunsuke Nakamura Is A Member Of