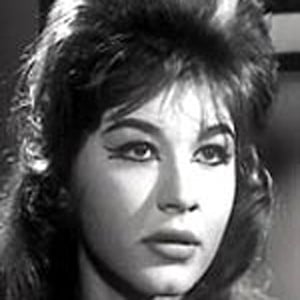 Egyptian actress and singer who became known for her roles in The Leech and Wife Number 13.

She was born Fatima Ahmad Kamal, but was given the stage name Shadia by director Helmi Rafla.

Her first feature role was in the 1947 film The Mind on Vacation.

She married Fouad el-Mohandes in 1963.

She appeared with Rushdy Abaza in the 1962 film Wife Number 13.

Shwikar Is A Member Of