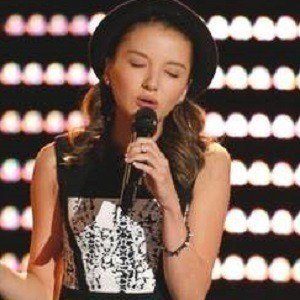 Singer who is best known for her tenure on popular talent-seeking reality TV show The Voice during its 9th season.

In third grade, she was introduced to soul music via a video of Ray Charles in her music class. This encounter inspired her to seek out more soul singers.

She has traveled around the world. Additionally, she has performed all around Seattle at local clubs as a soul singer.

She traveled the world at age 15 with her mother and father, a pilot. She has a brother.

She was chosen by pop star Pharrell Williams to be on his team during The Voice competition.

Siahna Im Is A Member Of