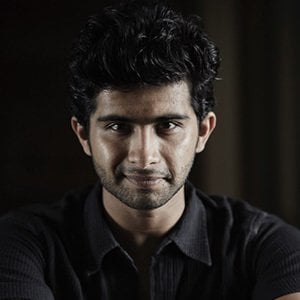 Indian singer and film actor who is best known for being a member of the group Thaikkudam Bridge. He is also known for his performances of Mandaracheppundo in Dasharatham and for his work on Music Mojo on the Malayalam network Kappa TV.

He attended the Vivek College of Commerce and later studied classical music at the KM Music Conservatory in Chennai. After performing on the X Factor India, he made his film score debut in 2013 with the film North 24 Kaatham.

He has won several honors and awards for his acting including Best Debut Actor at the Vaanitha Film Awards in 2016 and the South Indian International Movie Award for debutant male in a Malayalam film in 2016 as well.

He has an older brother named Sharad Menon who works in the United Kingdom as a scientist.

He starred alongside Fahadh Faasil and Radhika Apte in the 2015 Malayalam film Haram.

Siddharth Menon Is A Member Of