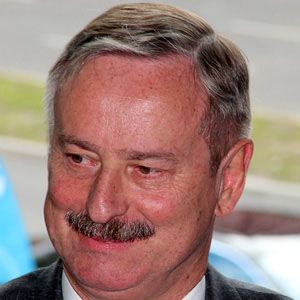 Estonian politician who became the country's European Commissioner for Transport in 2010. He was previously the Prime Minister of Estonia from 2002 to 2003.

He began his career by working as a Specialist at the Finance Ministry of the Estonian SSR in 1975.

He was the European Commissioner for Administrative Affairs, Audit, and Anti-Fraud from 2004 to 2010.

He has two children with his wife Kristi Kallas.

Like Maret Maripuu, he is a 21st century Estonian politician.

Siim Kallas Is A Member Of