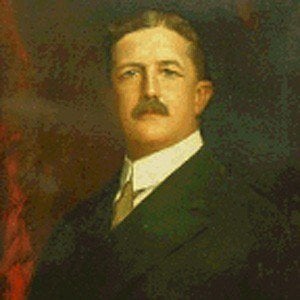 Farmer and member of the Republican Party who served as Governor of Delaware from 1909 to 1913.

He attended Wilmington Conference Academy in Dover and operated his family's peach orchards.

He was serving his term when the DuPont Company lost its anti-trust suit, and was forced to become the Hercules Powder and Atlas Powder Companies.

He was married to Lydia Wright Elder in 1920, but they soon divorced. He later married Elizabeth Halsey in 1927.

He was a politician from Delaware like Jack Markell.

Simeon S. Pennewill Is A Member Of