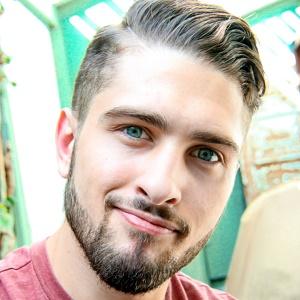 Vlogger whose self-titled YouTube channel earned more than 30,000 subscribers. His channel included personal stories, Q&As and videos about various LGBT-related topics told from his perspective as a gay man.

He learned how to play guitar and piano at age fifteen. He went to a Catholic high school and was a member of the cheerleading team.

His video "Coming Out to Homophobic Parents," posted in December 2012, received more than half a million views.

He has three half-siblings and nine step-siblings.

He and fellow gay vlogger Neil McNeil have appeared on each other's YouTube channels.

Simon Harrison Is A Member Of