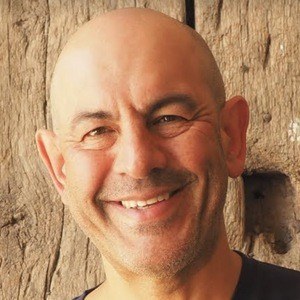 Chef and author known for his regular appearances as a judge on the Food Network, he has published numerous books including Eating for Britain, Eat My Globe, and Fed, White, and Blue. He is best remembered for his spots in Iron Chef and Cutthroat Kitchen.

He had a successful career in book publishing, but at forty felt his life was lacking. So he abandoned his job and set off on his mission to "go everywhere, eat everything."

He has served as a host on Beat Bobby Flay and made appearances in a number of episodes of The Best Thing I Ever Ate.

He grew up in Rotherham, South Yorkshire.

Both he and Jet Tila have served as regular judges on the reality competition Cutthroat Kitchen.

Simon Majumdar Is A Member Of