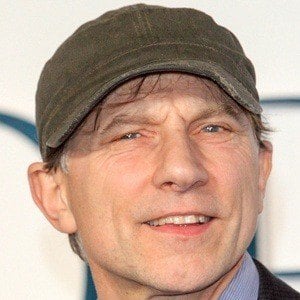 Founder and artistic director of the Théâtre de Complicité. He is better known for his performances in notable films such as The Manchurian Candidate, The Golden Compass, Robin Hood, Harry Potter and the Deathly Hallows - Part 1, The Theory of Everything, and Mission: Impossible - Rogue Nation. In 2019, he'd be cast in the Amazon series Carnival Row.

He studied English literature at the University of Cambridge.

He was featured in the BBC comedy series Rev. from 2010 to 2014. He was appointed Officer of the Order of the British Empire for his "services to Drama."

His father Charles McBurney was an American archaeologist and academic. His mother Anne Francis Edmondstone was of British, Scottish and Irish descent and worked as a secretary. He married concert pianist Cassie Yukawa, with whom he had 3 children.

He starred alongside Forest Whitaker in The Last King of Scotland.