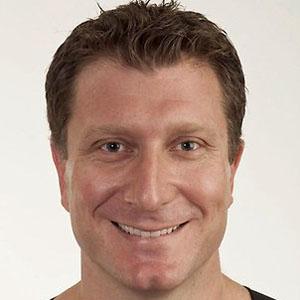 Famous as a member of the popular Australian children's band The Wiggles, this entertainer was also in the cast of the Nine Network series The Kingdom of Paramithi.

After studying theater at the University of Sydney, he performed in professional productions of such musical theater classics as Cats and South Pacific. He began appearing with The Wiggles in 2003 and later took on the role of the "Red Wiggle."

He acted in episodes of such Australian television series as Home and Away and All Saints.

A native of Australia, he was born to a musical family: his grandparents were professional opera singers. He became engaged to Lauren Hannaford in 2015 and the two wed in January 2017. In September 2020, they revealed that they're expecting their first child together.

He and Murray Cook were both members of The Wiggles. When Cook left the group in 2013, Pryce took over his performance duties.

Simon Pryce Is A Member Of