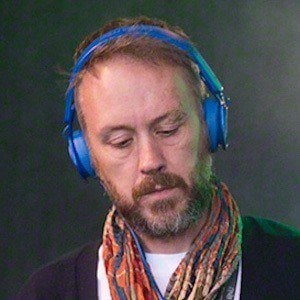 English recording artist and DJ who is best known for making up one half of the electronic music duo Basement Jaxx.

With a passion for music early on, he began by recording solo in 1992 under White Label Records. In 1993, he met his future partner at a pub in Clapham, London. Shortly after, in 1994, they began releasing music.

He has won several awards for his music including the Q Award for Best New Act in 1999.

He was born and raised in Brixton, London, UK.

He is known for remixing a variety popular dance songs including songs by Missy Elliott, Justin Timberlake, and Yoko Ono.

Simon Ratcliffe Is A Member Of