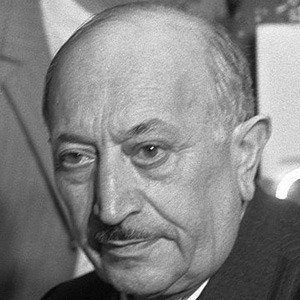 Jewish Holocaust survivor who sought to bring Nazis to justice for their World War II-era atrocities.

He worked as an apprentice to a Ukrainian SSR building engineer.

He became known as the Nazi Hunter in the post-war years and helped to locate such prominent Nazi leaders as Adolf Eichmann and Franz Stangl.

He tracked down many of Adolf Hitler's Nazi criminals after World War II with the goal of bringing them to trial for their crimes against humanity.

Simon Wiesenthal Is A Member Of